What’s “it”, financial gain, personal enlightenment in this context relates to many things. Being a black man born and raised in London you could say it does come with a type of stigma. We weren’t brought up in the most poverty driven circumstances that one might think. I was brought up in predominant white areas but have been exposed to many backgrounds which I have been able to use to my advantage in all honesty. University enhanced our ability to blend in with many different types of people which is a pretty useful skill especially in our professional careers.
Posted on June 18, 2017 by Black and in Business U.K

“I’m starting with the man in the mirror” and I’m asking what are your intentions? 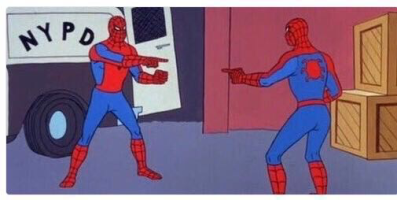 The world of finance is a hard one to get into, so hard that most people give up and try something else without putting their all in. Only a fair few stick to it and after time and effort, get that opportunity.

I guess that’s why a lot of people’s attitudes change when they get a financial role. As mentioned in my previous post; for minority’s, our opportunities are far and few between, so when we finally get that position we hold onto it and never let it go.

I would say I’m one of those people too, in fact, we all are.  However, it has conditioned our minds to have that “I’m good, y’all on your own” mentality.
When asking people within my community whom have had experience in the business world,  the majority agreed on the fact that as soon as they see another one of ‘them’ in the building, they feel a little uneasy at first, as if their place is being challenged. It’s only after moving your feelings to the side that you feel a sense of pride that another one of ‘us’ is in the building. Now that’s a sad, but true phenomenon.
Let’s look at wheremost of us grew up, the ‘hood’. Coming from a place where we aren’t the minority and share a level of brotherhood and solidarity towards one another, regardless of how many times you have been mugged. However, in the workplace, you’re not amongst your own so tend to develop a barrier. Now understand that this is a minority in the grand scale of things, however, a minority within a minority doesn’t help anyone.

Sometimes when we only look at the man in the mirror we are ignoring the men and woman in line to use that mirror.

2 thoughts on “Man in the mirror”